A popular interpretation of the principle of 2kw fiber laser cutting machine, taking you out of misunderstandings

Laser is a kind of light, just like electroluminescence in nature, it is caused by the transformation of atoms (molecules or ion kites), and it is caused by spontaneous radiation. Although laser light is very light, it is obviously different from ordinary light. The laser only relies on spontaneous emission for a very short initial time, and the subsequent process is completely determined by the excitation radiation. Therefore, the laser has a very pure color and almost no divergence directionality, and the luminous intensity is very high. 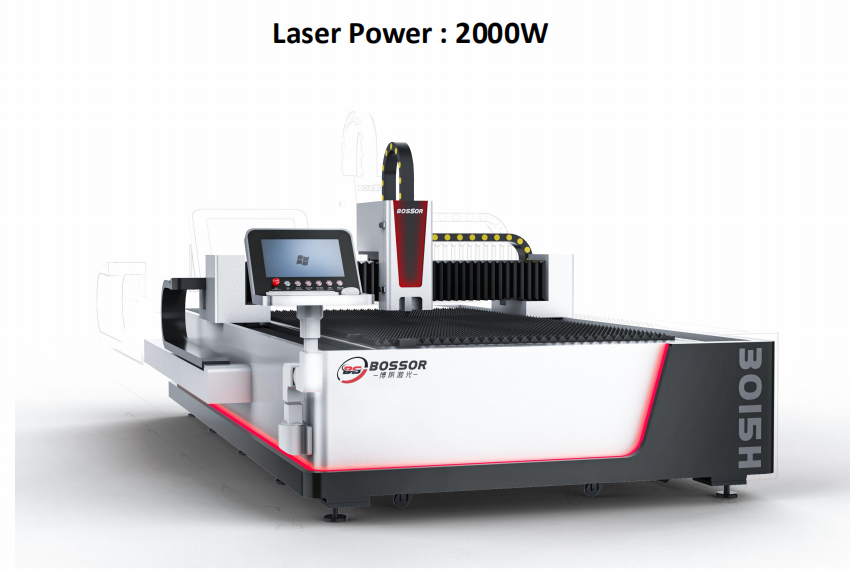 The laser also has the characteristics of high coherence, high intensity, high directivity, etc. After the laser generates the laser, the laser is transmitted by the mirror and irradiated on the processed object through the collecting mirror, so that the processed object (surface) is subjected to strong thermal energy and the temperature is sharp increase.

2kw fiber laser cutting machine is achieved by applying high power density energy generated by laser focusing. Under the control of the computer, the laser is discharged through pulses to output a controlled repetitive high-frequency pulsed laser to form a beam with a certain frequency and a certain pulse width. The pulsed laser beam is guided and reflected by the optical path and focused by the focusing lens group. On the surface of the processed object, a small, high-energy-density light spot is formed. The focal spot is located near the surface to be processed and melts or vaporizes the processed material at an instant high temperature.

Each high-energy laser pulse instantly sputters a small hole on the surface of the object. Under computer control, the laser processing head and the processed material perform continuous relative movement according to the pre-drawn graphics, so that the object will be processed into The shape you want.

The laser cutting machine concentrates the laser on the material, locally heats the material until it exceeds the melting point, and then blows the molten metal away with the coaxial high-pressure gas or the generated metal vapor pressure. As the beam moves linearly with the material, the holes are formed continuously Very narrow slits.

In addition, because the laser emission energy is very concentrated, only a small amount of heat is transferred to the other parts of the metal sheet, so material deformation is rarely caused. The use of laser can also cut blanks of complex shapes very accurately, and the cut blanks do not require further processing.