Carefully finishing the daily maintenance of the W11 rolling machine

1. Operate in strict accordance with the operating rules.

2. The rolling machine must always be kept clean and the unpainted part of the anti-rust grease.

3. Add lubricating oil regularly, at fixed points and quantitatively according to the requirements of the lubrication chart before starting each time, and the oil should be clean without deposition.

Electric rolling machine shows gray and white programming key indicator light flashing, the solution:This kind of fault is mainly the system operator in the product programming manipulation, not in time and effectively will not use the original product program emptied, and directly in the last work product program long modification, through repeated many times caused by the system buffer memory program filled, so that the system program can not run normally.

Causes of heating of coil machine:

1. The pressure adjustment is too high, which makes the rotating speed of the plate rolling machine become too fast, thus causing the seal ring and side plate to burn out;

2. The oil tank of the rolling machine itself is too small, resulting in poor heat dissipation conditions;

3. Internal leakage is caused by excessive axial clearance or damage of sealing ring.

For rolling machines with long rollers (such as those in excess of 5m), such deformation is more likely to occur when the pressing and rolling forces are close to the ultimate capacity of the equipment.This makes the size of the clearance between the upper and lower rollers along the length direction is not consistent.Asked parts gap is too small gap on both ends, resulting in the roll shaft at both ends of plate clamping force small, big, middle pressure force is along the roller in rolling plate cylinder in same level, the uneven at various points on the length direction stress and strain, make the roll out of the cylinder in the middle part of the larger bending radius and the formation of a barrel for the same material properties of thin plate,When the thickness of the plate is the same as the diameter of the rolled cylinder and the width of the plate is larger or the thickness is the same as the width of the plate and the diameter of the rolled cylinder is smaller, the compaction force and the rolling force are greater and the deflection caused by the deformation of the roll is greater. 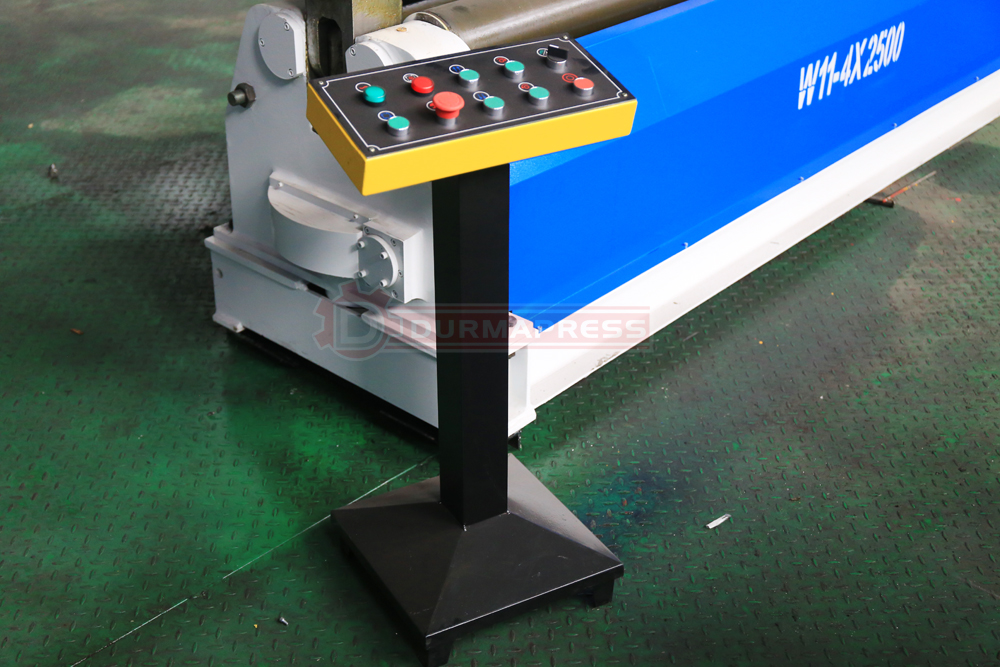 Therefore, the difference of the force exerted at each point along the length of the roller is larger, and the barrel-like deformation is more obvious.If the width size of the sheet material is more than 5mm(generally some of the first plate welded and then bending the cylinder) and the simplified diameter of the rolling is relatively small (such as less than ~ LO00mm), the rolled out of the cylinder will appear obvious barrel-like deformation. 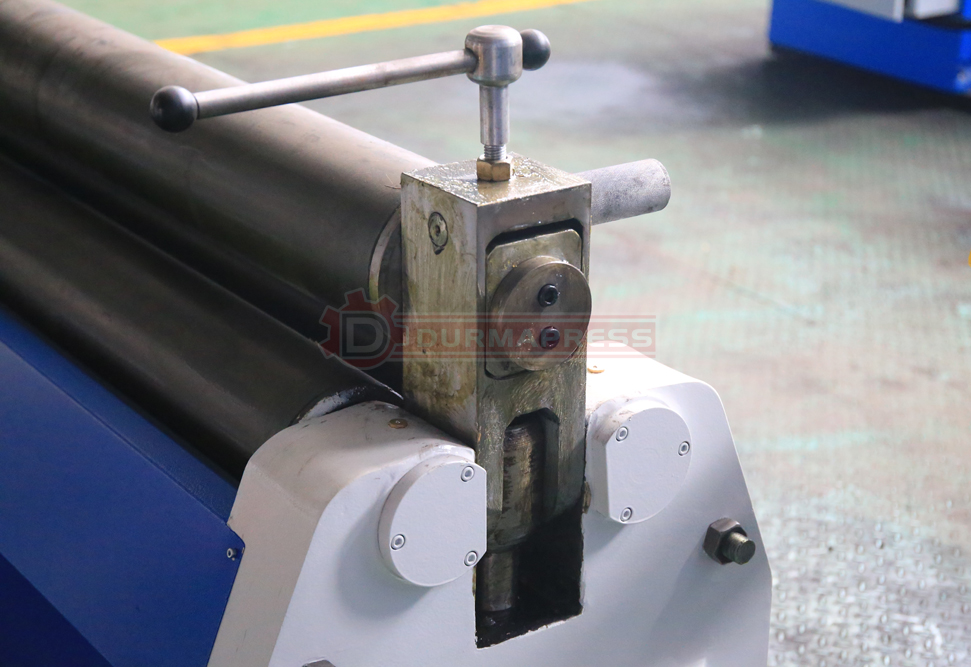 Although the rolling machine equipment structure is compact, the operation and maintenance are very convenient, but we should pay attention to the maintenance in daily use.So how to maintain the coil machine in daily production?The following and the force rolling machine Xiaobian to look at these points together:

2, in the process of rolling machine operation, if found to have irregular noise, impact and other abnormal phenomena, should immediately stop the inspection.

3. After connecting the power supply, carry out the upward and downward movement of the lower roller and the upper roller, and check the abnormal phenomenon of sticking in each movement.

4. Operate in strict accordance with the processing procedures and operation methods of the coil. When the upper roller is lifted to the limit position, pay attention to the safe operation of the equipment.

6. When lifting the steel plate or drum with the crane, pay attention not to collide with the rolling machine.

7. During operation, all personnel should coordinate with each other and follow the command of the person in charge of the rolling machine. No password is allowed to start the machine.

8. Attention should be paid to safety when carrying out the operation of the large rolling plate machine.