CNC turret punch (NCT) is through programming software (or manual) preparation of the processing program, by the servo feeding mechanism will be sent to the plate to the position of processing, at the same time by the mold selection system to select the corresponding mold library

The hydraulic power system presses according to the program, automatically completes the workpiece processing.

1. It is not directly connected with the crank large stamping block, but with relatively small sliding motion and mass level connection, so that the internal force of inertia force is not as small as the deputy director of rolling conflict, the heat generated by the conflict is relative

2. The connection of the slider to the main punch (except for the guide piece) is accomplished by connecting rod and slider, the movement chain is shorter, can tilt the punch and the movement is connected to two auxiliary rotation and movement pairs, while the other high-speed punch

Usually accomplished by at least three rotation pairs, they therefore move to replace a more rigid auxiliary pair in rotation contrary to the invention.

4 Through the planning of the mechanism, the crankshaft can reach the position of the next stamping die slider twice a week to complete the double stroke this time, the running speed of the crank slider mechanism will be reduced to one of the original parts

Half, part of the inertia force of the moving parts punching machine will be greatly reduced by falling speed, and then balancing will be done more simply

CNC turret punch in the process of use will produce with material phenomenon (workpiece sheet stuck between the upper and lower turret), serious clamping will occur to pull off the sheet or clamp into the sheet to make its bow bending deformation, damaged guard 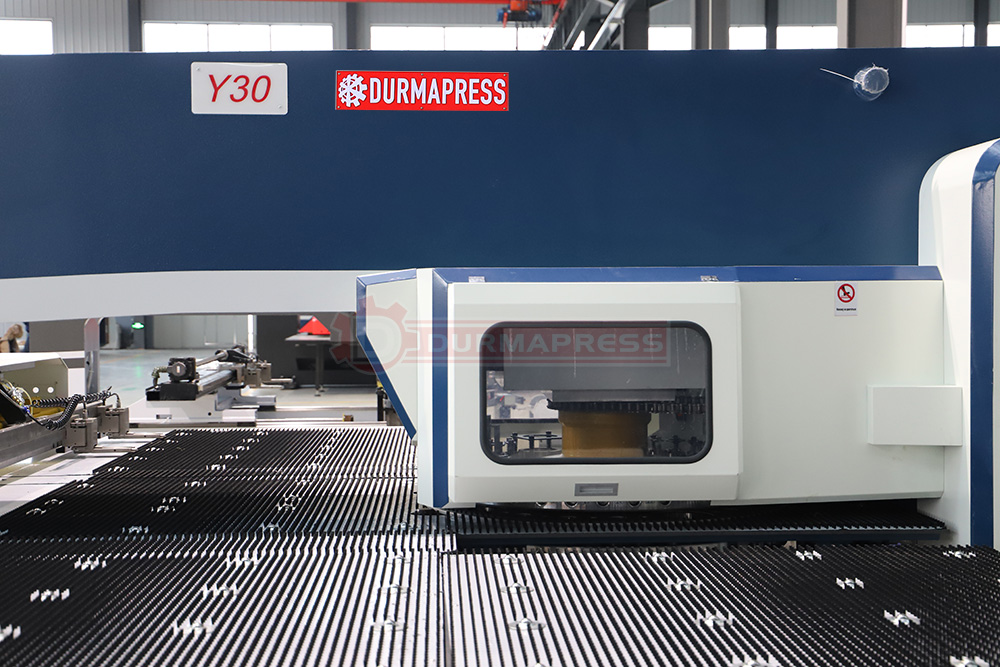 The more serious use of the material with the fault, so that the workpiece plate scrapped, partial damage to the machine. Therefore, the systematic study of the belt material problem and the formulation of a series of preventive measures is every CNC turret punch

Manufacturers will attach great importance to the system engineering.

From the mechanical and electrical control of the two aspects of the existence of the material problems.

Electrical control punch stamping die motion control and feeding motion control if not coordinated will produce with material, that is, the punch has not made the upper die from the sheet completely off when the feeding mechanism begins to act, so as to produce

The problem of electrical control is easier to find and overcome, because if there is a problem with the control program, the machine tool will produce material as long as it works, with repeatability and regularity. It is necessary to adjust the internal control parameters of the machine tool properly 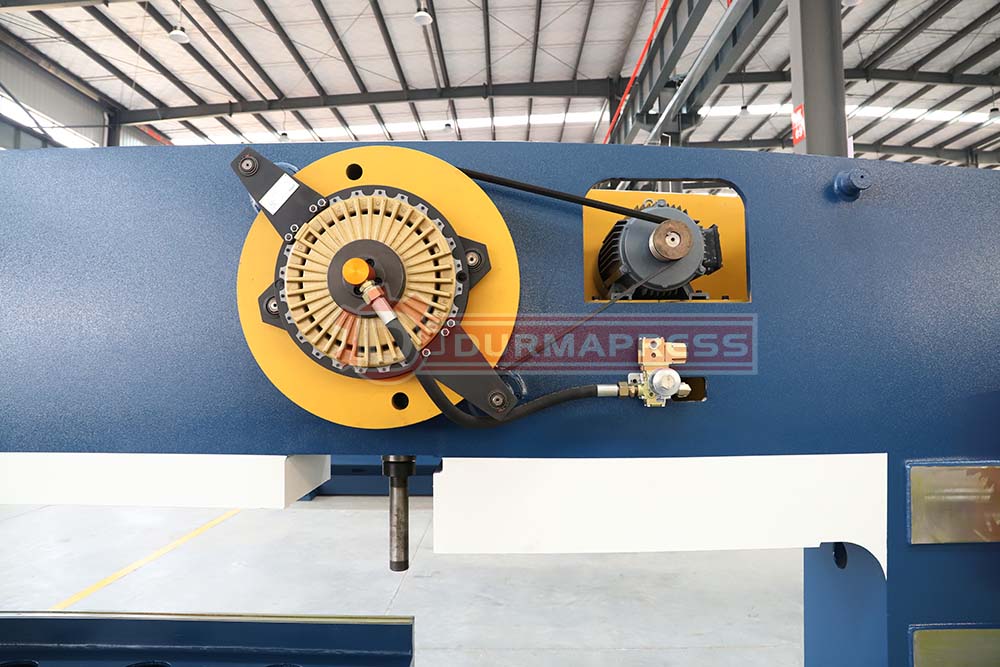 To prevent the adjustment of control parameters with material is to ensure that the workpiece sheet should be in a relatively static "zero tolerance" range: until the completion of the punch on the die assembly up completely reset, under

Feeding action in one position can only be entered, to avoid the failure of belt material caused by advanced feeding system and not completely reset after punching the upper die.

There are many reasons for the mechanical production of material, which can be divided into two categories:

First, the pressure spring between the upper die and the pressing sleeve is not enough, so that the upper die can not be removed from the plate in time to reset. The belt material caused by this reason also has repetitive and regular parts. This kind of problem needs to adopt the quality comparison

The second is the material generated by the rebound of waste: that is, when the machine tool is punched, the waste should fall close to the rebound of the die, half of the card in the sheet metal or the pressure of the upper die of the belt. the

The belt material caused by no obvious law, easy to produce a variety of misunderstandings, false theory.

The rebound of the waste, even falling on the edge of the lower die is very harmful. This will cause the next punch to hit a double sheet (resulting in a quick edge Angle), or even if it does not hit scrap

It can deform the workpiece sheet mat. Stuck scrap (either in the lower die or in the upper die) stuck between the plate and the die like a pin can cause the clamp to strip or bump