CNC bending machine is mainly used for the upper piston press, its main working characteristic is the two parallel movement of the hydraulic cylinder to form vertical downward pressure, to drive the bending work of the bending beam. CNC bending machine hydraulic control system, the main positioning synchronous operation, hydraulic cylinder control bending process in the machine full load operation of the bottom dead point. In the typical bending process of bending beam, the period of motion is: static state: bending machine static position is the top center of the upper bending beam. To prevent uncontrolled downward movement, the system seals the cylinder chamber of a leaky free back pressure valve. 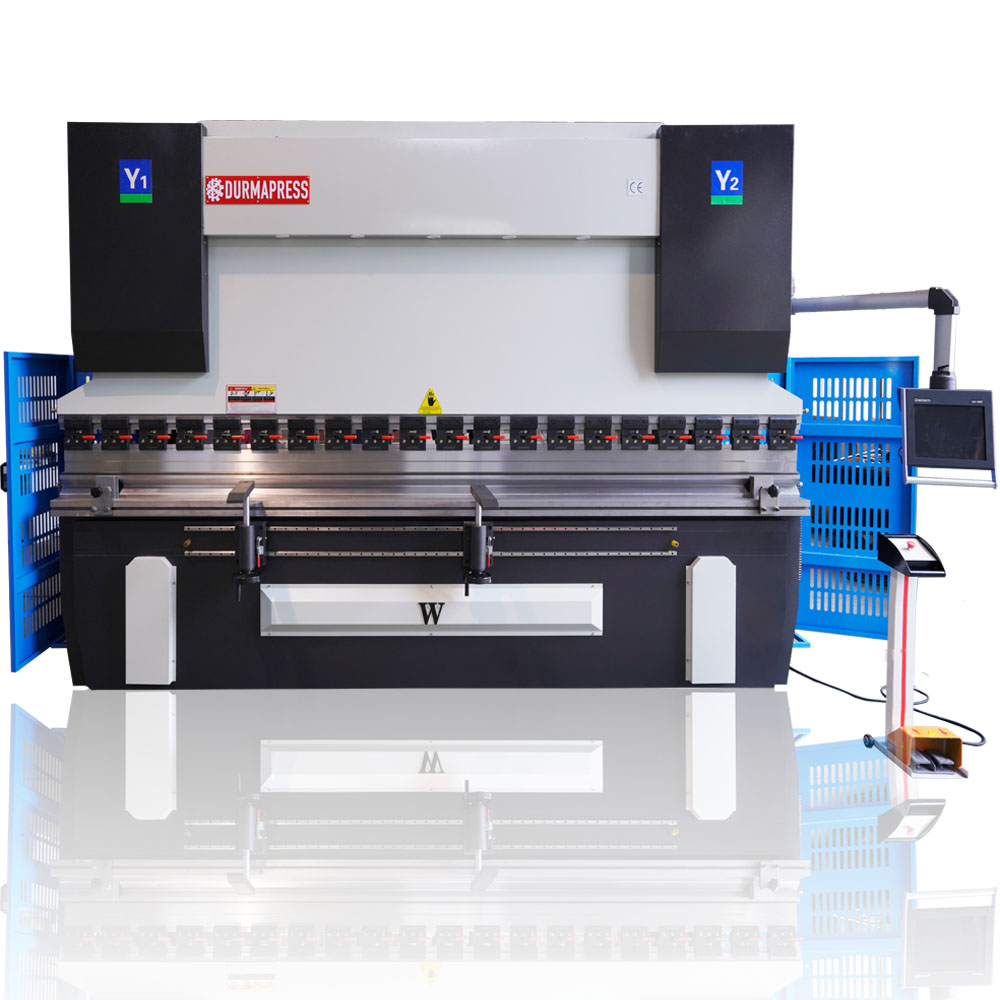 Downward movement: ordinary CNC bending machine downward fast closing action, mainly in the form of free fall, that is, through the CNC bending machine beam and motion weight accessories. During this process, the rodless chamber of the hydraulic cylinder is filled with oil through a filling valve. At this point, the rod cavity will generate back pressure. Proportional directional valve open loop or closed loop control, fast forward to 250mm/s. The fast-forward motion starts at the top death center and ends at a maximum distance of 6mm after a short braking phase. Various bending machines require different fast forward positions. 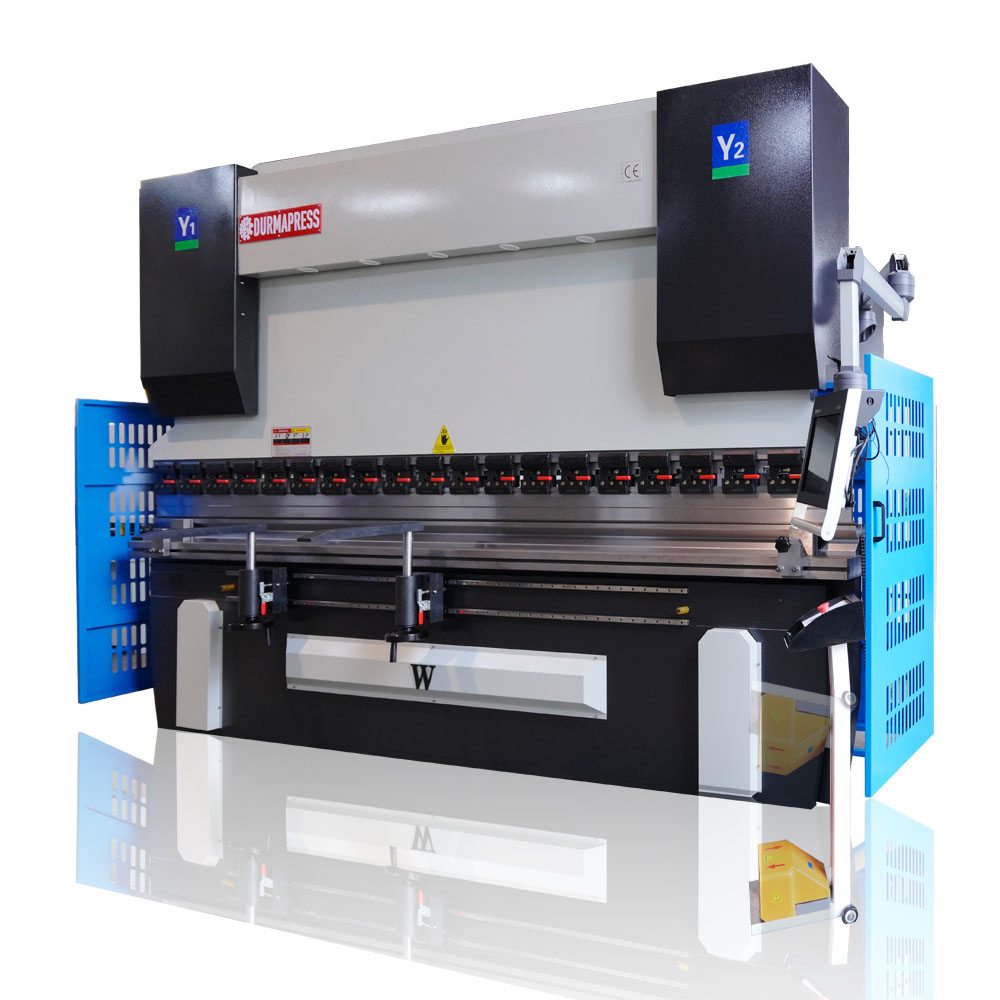 Pressing/bending: The pressing/bending phase begins in a pressure free chamber. On the other hand, the oil pump limits the stamping speed of one hand, which can be adjusted according to the proportional valve and reversing valve. At the same time, the directional valve also controls the synchronous operation of the bending beam and the position of the bottom dead point. Thrust pressure is limited by proportional pressure relief valves to limit pump pressure. The corresponding speed, synchronization, positioning and pressure values are derived from the digital controller. Decompression: Rod-less chamber decompression either begins at the bottom or after a short residence time, thus producing material flow deformation for a period of time, thus further improving the accuracy of member dimensions.

According to the instructions of CNC bending machine, proportional reversing valve is used to maintain and reduce pressure. Decompression time should be as short as possible according to the required operating cycle; But enough time is needed to avoid unloading shocks throughout the system.In summary, the decompression curve should not be too steep and should be smooth. The whole process is optimized by proportional directional valve. Return: Pump flow rate and hydraulic cylinder have rod cavity compression area, in most cases, determine the maximum return speed, close to high speed. The return runs from the depressurized rod chamber to the end of TDC. The backhaul also needs to be synchronized 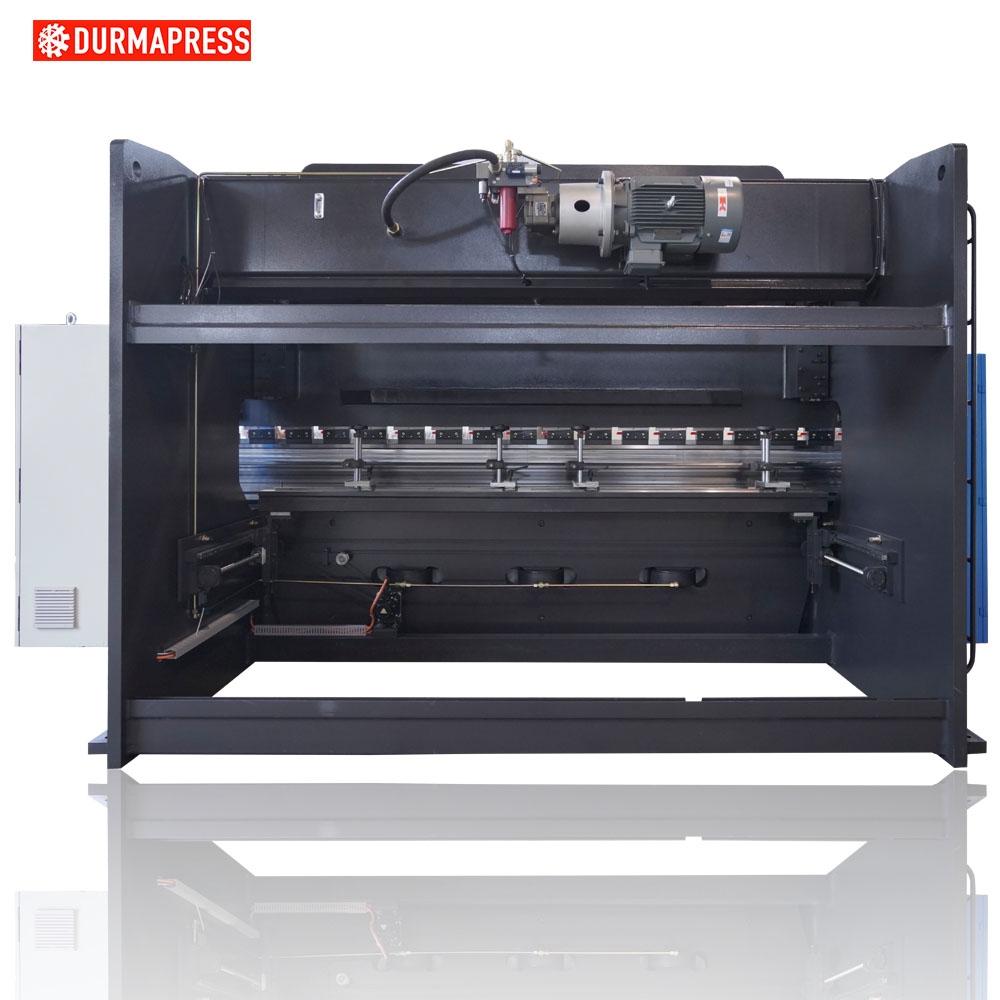 1, search the lack of phase scene of power supply.

2. Check whether the high-pressure filter element is seriously obstructed, resulting in too large electrical current of the oil pump.

3. Check whether the high voltage circuit breaker can be set too small

1. As the continuous part of the reading head of the grating ruler can be loosened, the reading head cannot coincide with the reference point of the grating ruler when the machine returns. At this time, the road of the oil cylinder has been used up, and the oil pump is in the shape of task load. So because this reason, it needs to press the nc trivial bloody stop key, interrupt return reference point, rejoin calibration grating ruler gusset, again into the manual mode under the work condition, make the slider hand intention, let the slider and the mode superposition to sell into the dynamic shape or semi-active form work, head back to the reference point, Jian die block.

2, machine in previous take over at the end, because of staff not strict and complete in accordance with controlled shutdown, power machine before parked the slider at the top dead center position, and ineffective time, when the phone is switched on hand under the intention not to slide, arrangement of concave and convex die after reclosing position, and back to the reference point manipulation, cause the time control means less find reference point, if be this reason, The demand will be fine to manual state, manual mode will be the slider up to the upper and lower mode overlap position, and then enter the semi-passive or passive content shape, to retrieve the reference point. 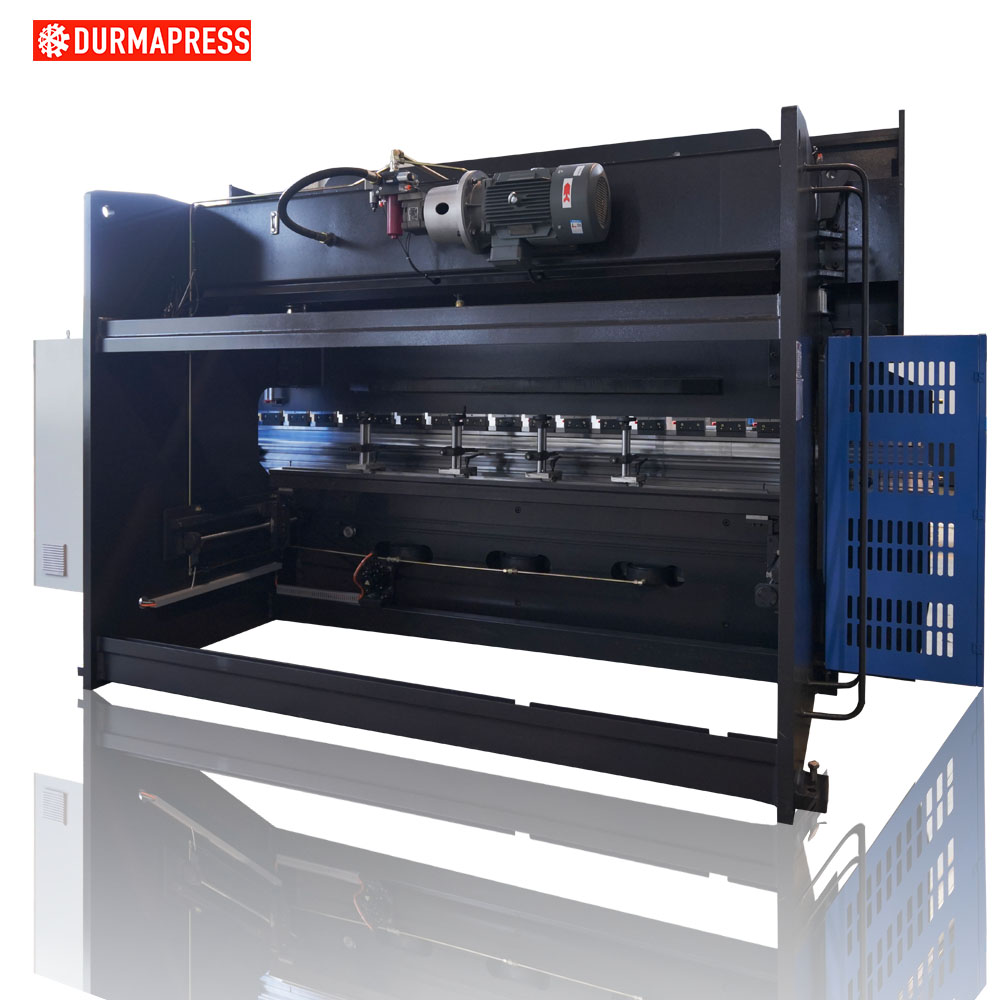 Such obstacles first is the fragmentary dominating personnel in developing product programming control, not in real time is invalid to needless flashbacks to empty out the product, and in the last task directly from the product backwards on the development changes, repeated again and again through the process cause the buffer memory French stuffed inside the system, and make the futile according to time cannot deformity. Firstly, disconnect the host power supply and press the "+ +" and "-" keys on the system keyboard at the same time to keep the old power supply, so that the system enters the initial form, and the system display screen will appear as follows:

After that, you will be ready to empty the output before the project: "1" reflects the project to clear the sky, in the output code "817", press the confirm key to confirm, the screen will remind you that "experiment" at this time to clear the content has been completed.

This kind of obstruction mainly reflects that "Y1" "Y2" axis of repeated positioning accuracy error accumulates, and the Angle error of the bending workpiece is large, and the Angle error increases in the previous base accumulation. The notice is mainly grating ruler echo signal light counting bug pulse number. It is important to remove and clean the grating ruler to do dustproof and anti-vibration measures, to design the unreasonable installation method from the beginning to the reasonable installation, and to dissuade the grating ruler, go to the manufacturer to sew or replace it.

Such failure is leading in the mold when compiling for the insurance of upper and lower mould distance setting, as well as futile of X R axis within the limit set equipment decoration and the identity of the current model to build product compiled statutes "X" axis "R" axis dock identity conflict, alarm and piecemeal revealed, for the purpose of enron, the system will not run can't normal kid. It is urgent to reprogram manufactured products or modify manufactured products or modify the parameters of the mold to match the application, that is, alarm dispelled, can be developed to deceive. 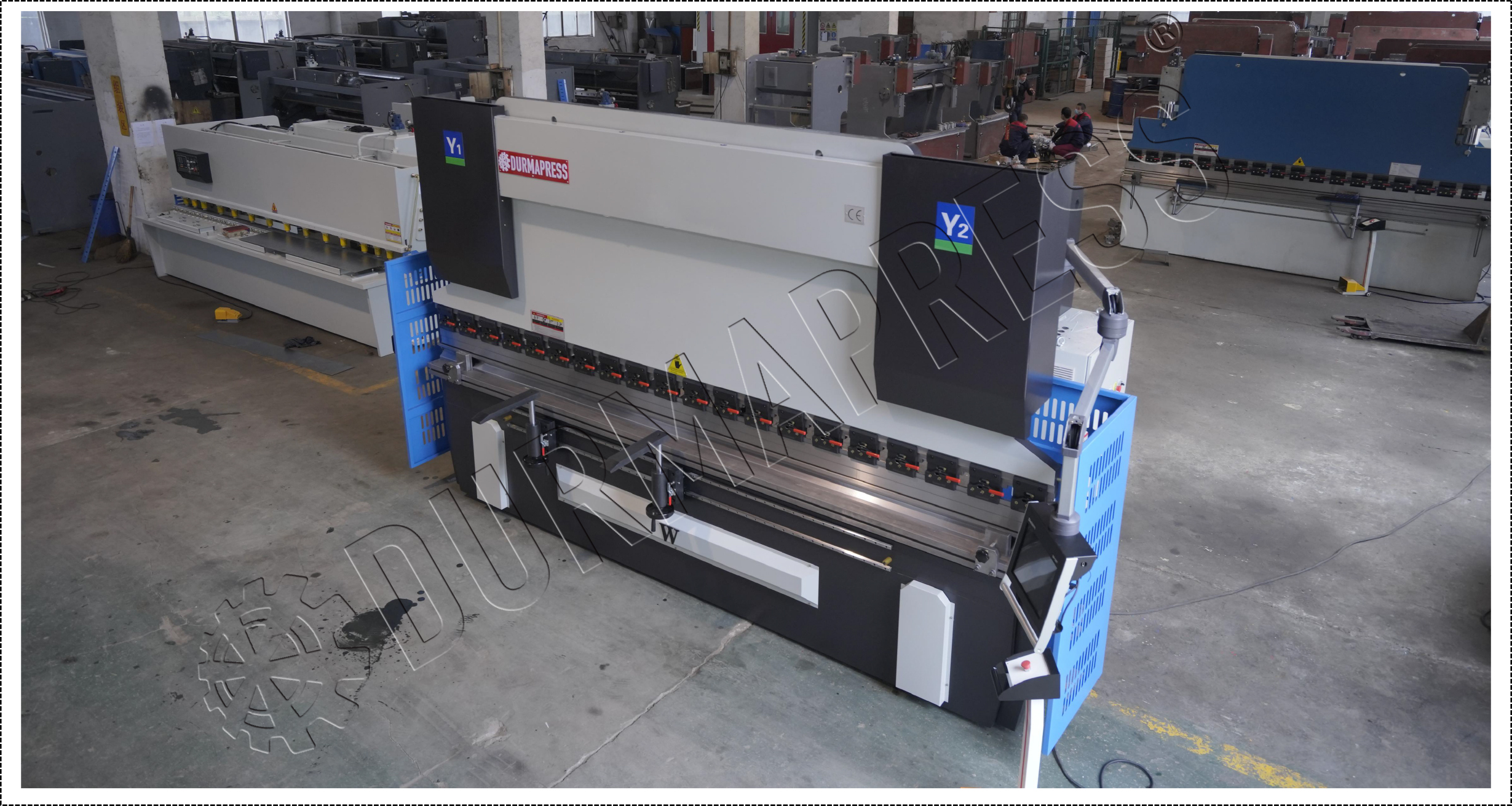 There are two kinds of alarm:

16# alarm, indicating the drive motor overload alarm, we can check the rear stopper X axis Y axis transmission is flexible, resistance is too large, and X axis R axis can also go to the mechanical limit, so, cleaning machine obstruction.

22# alarm, remind the encoder response signal alarm, cause this situation, maybe "discuss" poor contact, welding or broken line and signal intrusion need to be investigated one by one.

This type of obstruction is the first machine in the power off in the form of X-axis R axis position was moved, at this time the computer is still reviewed before the shutdown of the identity, which causes the X-axis R axis reality position replacement, need to initialize the X-axis R axis identity.

Negative nine: Y1 axis and Y2 axis position defects over the CNC bending machine system parameters approved by the synchronization defects of the interval, skateboard up and down can not act.

This kind of interception is mainly our machine before shutdown, no slider into the high and low mold contact position and the development of power off, at this time because of the knife, to make Y1, Y2 axis two practical status beyond the limited field. Necessary to Y1 axis Y2 axis two real identity mediation difference. The computer display of the current value should also be critical so that the equipment can be used properly.