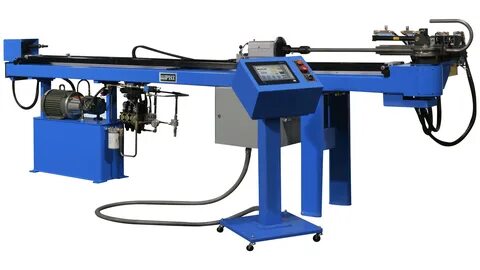 2. The bed structure is stable and not easy to deform;

3. 16 elbow angles can be set for each gear, and 16 groups of files can be stored in memory;

5. Error messages are displayed on the screen to help the operator eliminate them immediately;

The pipe bender bends the pipe as well as the sheet. In the case of pure bending, when the pipe with outer diameter D and wall thickness T is bent under the action of external moment M, the outer pipe wall of the neutral layer is subjected to tensile stress σ1, and the pipe wall becomes thinner. The tube wall inside the neutral layer is thickened by tensile stress σ1. In addition, the shape of the cross section changes from round to approximately oval due to the effect of the resultant force F1 and F2. When the deformation is too large, cracks will occur on the outer wall of the pipe, and wrinkling will occur on the inner wall of the pipe. 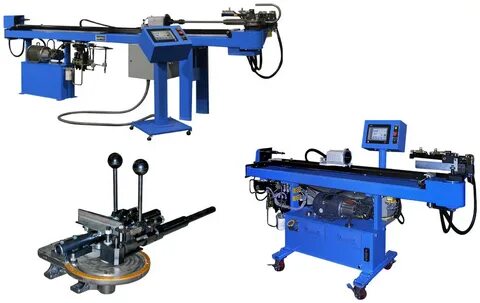 1. The maximum elongation deformation in the tensile deformation zone outside the neutral layer does not exceed the plastic allowable value of the material and cause rupture;

2. In the compression deformation zone inside the neutral layer, the thin-walled structure under the action of tangential compressive stress should not be wrinkled due to instability;

3. If the pipe has the requirement of ellipticity, control the distortion of its section;

4. Control the forming limit of wall thinning if the pipe fittings have the strength requirement to withstand internal pressure. ‍

1. Refer to the operation manual of electric oil pump.

2. First screw the working cylinder into the inner thread of the square baffle block, so that the wheel mounted on the bracket at the back end of the cylinder is downward.

3. Choose according to bend the pipe by the outer diameter of the die, the fortress, set the column will be two roll groove which corresponds to the die, and then in the corresponding size of the plate hole, then the cover plate, the curved pipe inserted into the slot, and then the quick joint activities section of the high pressure oil pipe end back and set on the joint of working cylinder, electric oil pump on the oil drain screw tightening, can bend. After bending, loosen the drain screw and the plunger will reset automatically. ‍

1. Refer to the operation manual of electric oil pump.

2. Do not unload the quick connector when there is load.

3. The machine is oil as the medium, must do a good job of cleaning and maintenance of the oil and the machine, so as to avoid blockage or oil leakage, affecting the use effect. 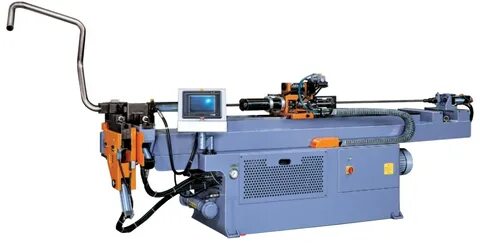 1. Pipe type regularization: excessive arcs, arbitrary curves, compound bends and more than 180 should be avoided when designing and arranging pipes. The circular arc. The large arc not only makes the tooling bulky, but also is limited by the size of the pipe bender machine. Arbitrary curve, composite bending design shape is very unreasonable, greatly hindered mechanization, automatic production, so that the operator is difficult to get rid of heavy physical labor; More than 180. The arc makes the bending machine unable to discharge the mold.

4. Bending forming speed: the main influence of bending forming speed on forming quality is: the speed is too fast, easy to cause the flattening of the bending part of the catheter, roundness can not meet the requirements, resulting in the cracking and breaking of the catheter; If the speed is too slow, it is easy to cause wrinkling of the pipe and slipping of the compression block, and the pipe with large diameter is easy to form subsidence of the bending part of the pipe. In view of the large number of tests on the two CNC pipe bending machines, it is advisable to determine the bending speed of the pipe as 20%-40% of the maximum bending speed of the machine.

5. Mandrel and its position: The mandrel mainly supports the inner wall of the bending radius of the conduit to prevent its deformation during bending. It is difficult to ensure the quality of domestic pipe without mandrel when bending on machine tool. There are many forms of mandrel, such as column mandrel, universal single, double, three, four ball head mandrel, directional single, multi-ball head mandrel and so on. In addition, the position of the mandrel also has a certain influence on the bending forming of the pipe: theoretically, its tangent line should be even with the tangent line of the bending die, but through a large number of tests, it is better to advance 1 ~ 2mm, then the quality of the bending pipe is ideal. Of course, too much lead, will cause bending part of the outer wall of the so-called "goose head" phenomenon. ‍ ‍ 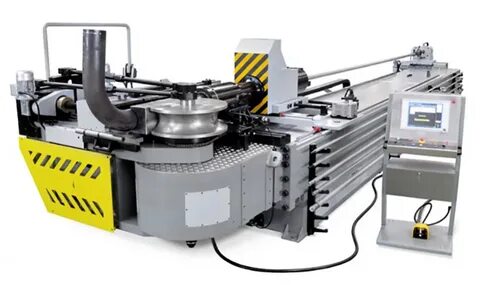 1. The machine must be well grounded, and the lead shall not be less than 4mm copper cord. Do not access the power supply voltage exceeding the specified range, do not plug plug-in live, do not use megohm meter to test the control loop, otherwise the device may be damaged.

2. Do not pull out the wire or cable when inserting and removing the plug-in to prevent the welding from pulling out.

3. Proximity switches and encoders cannot be hit with hard objects.

4. Do not hit the display unit with sharp objects.

5. The electrical box must be placed in a ventilated place. Do not work in dust and corrosive gas.

6. Do not install or change the PC INPUT and output terminals without permission.

7. Reconfirm the motor steering when changing the power supply of the machine tool.

8. The machine should be kept clean, and special attention should be paid to no foreign matter in the sliding groove such as clamping block and slide block.

9. Regularly add lubricating oil to the chain and other sliding parts.

10. The power supply must be disconnected during cleaning and maintenance.

12. Pressure adjustment: the electromagnetic relief valve is used to adjust the pressure to ensure that the system pressure reaches the required working pressure, generally not higher than 12.5mpa.

1. Cut off the power supply.