With the development of economy and the improvement of people's living standards, people's sense of pursuit is also increasing. In some high-end metal decoration, the more complicated the shape of the metal sheet jewelry bending, the more it reflects the designer's design level

And trendy style, thereby attracting the attention of customers. At the same time, the workpiece must meet the technological requirements of the bending radius of the bending edge as small as possible, no creases on the surface of the workpiece, and no indentation on the decorative surface. Traditional bending machine bending has been unable to achieve this

Special process requirements, therefore, the process of grooving and bending on metal plates came into being. This article mainly talks about the characteristics and grooving methods of the grooving process, and how to ensure the bending size and angle during the bending process.

Traditional bending methods and their limitations

The degree is determined by the depth of the upper die into the lower die, the bending radius R ≥ plate thickness t (Figure 1). In today's society, people

Our requirements for the shape of the workpiece are getting higher and higher,-some complex-shaped workpieces are shown in Figure 2, using traditional free

Bending, bending machine bending and even three-point bending process can no longer be bent, and traditional bending methods cannot be controlled

The radius of the bending corners makes it difficult to achieve the process requirements of seamless bending. Therefore, an emerging bender------planing groove bending technology came into being.

Process characteristics of planing and bending 1

, and then bending according to the demand on the ordinary bending machine. The characteristics of the slotting and bending process mainly include the following three aspects.

This can greatly reduce the radius of the edge arc after the workpiece is bent. Also, because the remaining plate thickness at the bending position after grooving is thin, the deformation force during bending will be reduced accordingly, and will not affect the unbent area, so there is no crease on the surface of the workpiece after bending, and due to the bending

The thickness of the plate at the bend is thin, and the reduction in pressure required during bending avoids the risk of indentation on the decorative surface. In this way, it can meet the metal decoration of high-end places such as hotels, banks, commercial centers, airports, etc., the radius of the arc of the edge of the workpiece is small, the surface has no creases, and the decorative surface

No indentation is required.

Great reduction, so that the bending force required when the plate is bent will be reduced accordingly, so that the thick plate can be bent on a smaller tonnage bending machine. This not only reduces the investment in equipment, but also saves energy and space.

Bending of complex-shaped workpieces and control of resilience

The part shown in FIG. 2 cannot be bent and formed on a general bending machine, but it can be bent and formed by manually bending the V-groove at the bending place. In addition, the method of controlling the remaining thickness of the board can be used to achieve the resilience and resilience

Control of projectile angle. If the remaining board thickness after grooving is controlled at about 0.3mm, the rebound angle can be made very small, and the rebound can be basically ignored.

In the production of sheet metal, gantry planers and sheet metal slotting machines are commonly used to slot V-shaped metal sheets. Put the plate to be grooved and bent on the slotting machine for positioning, and then input the thickness of the plate to automatically plan the groove. When grooving by the CNC V Groove Machine, pay attention to the following two aspects.

In the case of a certain plate thickness, the groove depth and the remaining thickness are a corresponding value. According to the bending process requirements, a remaining thickness value is first set. The default value is generally set to 0.8mm, and the minimum should not be less than 0.3mm. Then set the number of passes and the depth of penetration according to the thickness of the plate degree. Because of the need to control the burr and protect the tool, the amount of feed should not be too large. Generally, the depth of the first slot should not exceed 0.8mm, and it must be divided into at least two knives. For example, a stainless steel plate with a plate thickness of 1.2 mm and a plate thickness margin of 0.5 mm after slotting

It can be seen from the bending process that when the metal sheet is bent and formed, it has different degrees of rebound deformation, which causes a deviation in the bending angle. When the V-shaped groove is opened, the groove can be rationalized according to the required bending angle of the workpiece. General V-groove

The slotting angle should be 1°~2° larger than the bending forming angle. For example, when bending a 90° workpiece, the V-groove angle can be opened to 92° (Figure 4)

so that bending can be avoided well. The angle error caused by the rebound (Figure 5). 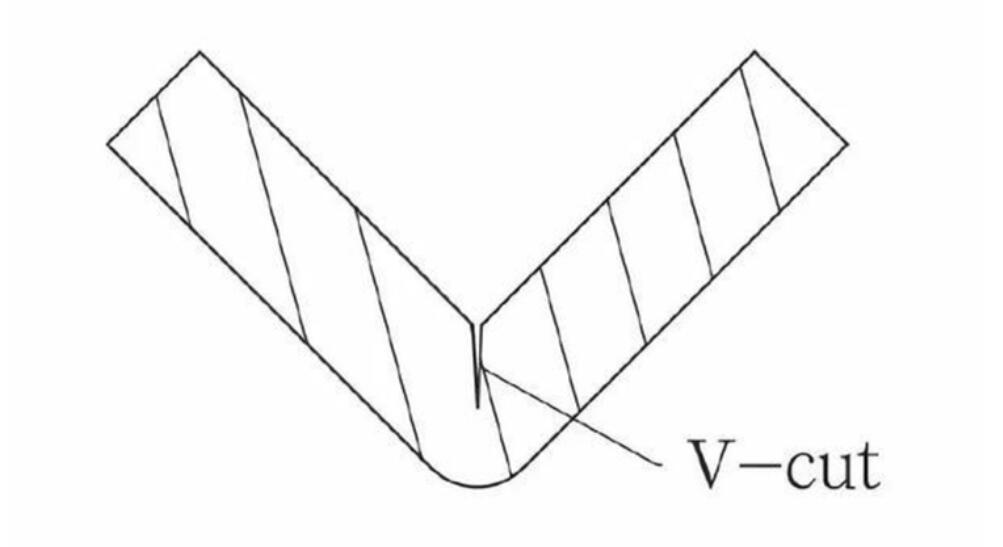 Types and selection of groove cutters

Use A Round Slotted Knife. 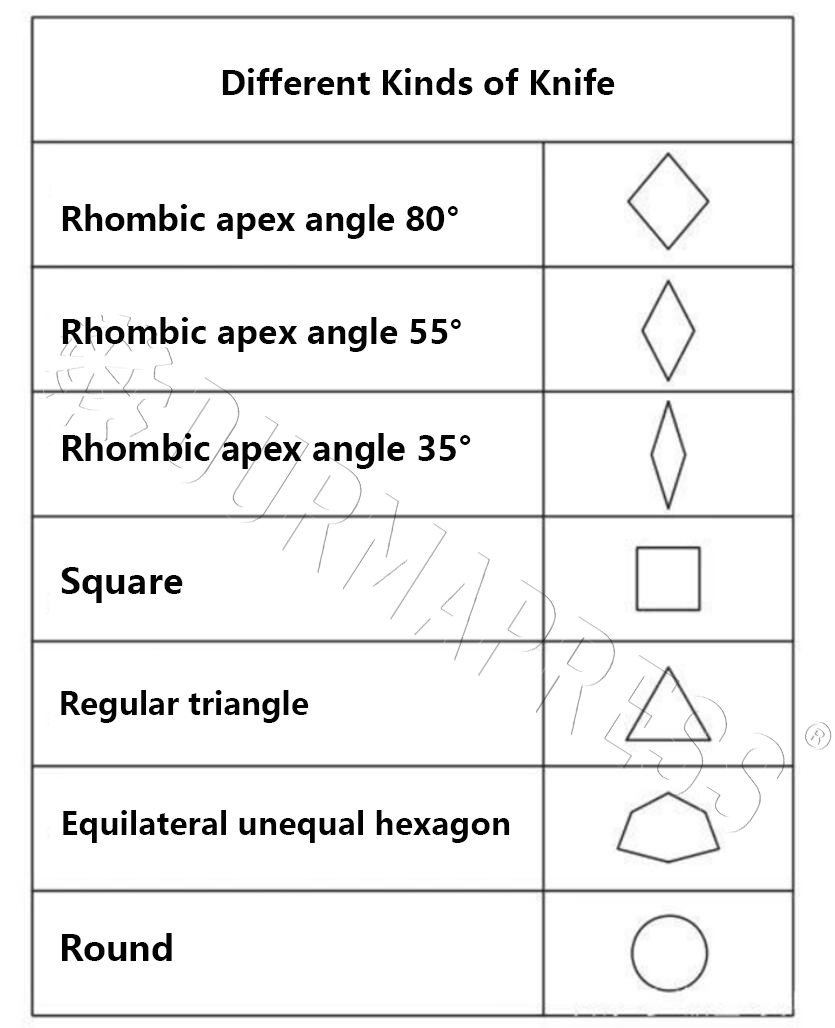 When deep grooving a long-sized plate, the continuous grooving path of a single tool is long, which may cause problems such as overheating and wear of the tool, poor grooving effect, and large burrs. For example, when grooving 2mm stainless steel with a length of 2m, if the first knife feed Set to 0.5mm, continuous planing 2m, the tool will become soft due to excessive heat, the hardness of the planing groove after 1.5m will be reduced, and the burr will increase; if the feed amount is 0 2mm, the planed 2mm V shape The groove needs to take 10 knives, which greatly affects the processing efficiency. Therefore, the ruler

The infeed of the second, third and fourth tools are 7mm, 9mm and 11mm respectively. This can not only ensure the quality of the planing, but also improve work efficiency. 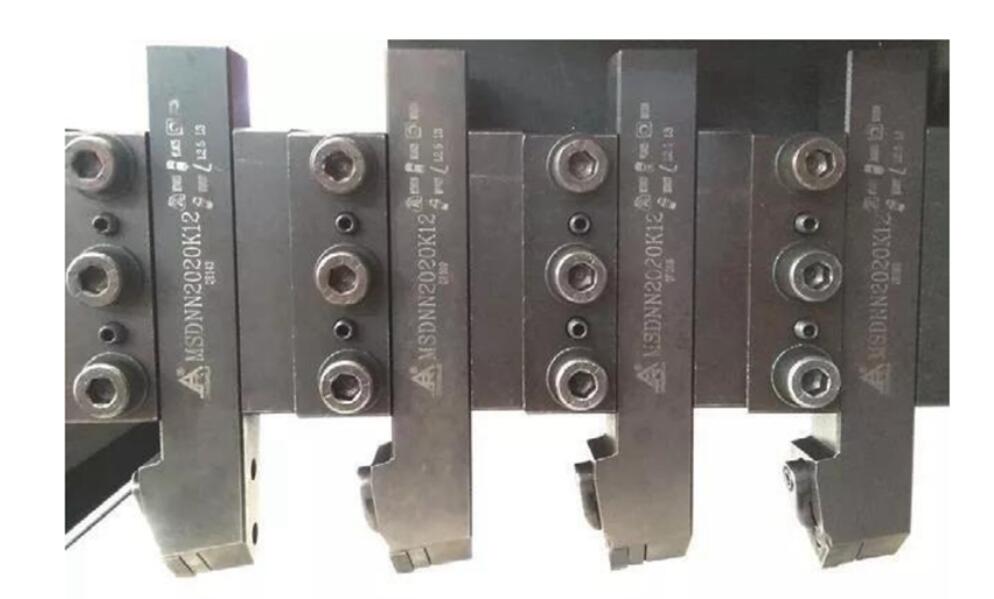 How to avoid the deviation of bending angle and size

For the bending process, the quality of the bending is mainly determined by the two important parameters of the bending angle and size. When bending, in order to ensure the forming size and angle of bending, it is necessary to pay attention to the following issues.

(3) The parallelism between the workpiece and the lower die is insufficient, which will cause bending springback and affect the bending angle. Before bending, it is necessary to measure and adjust the parallelism.

(4) When the primary bending angle is insufficient, the secondary bending will also be affected. The accumulation of bending errors will lead to an increase in the forming dimensions and angle errors of the workpiece, so it is particularly important to ensure the accuracy of unilateral bending.

(5)When bending, the size of the lower die V port is inversely proportional to the bending pressure. When processing metal plates of different thicknesses, it is necessary to select the appropriate lower die China V groove Machine according to the regulations. Generally, 6 to 8 times the plate thickness is the most Suitable.

(7) When bending the workpiece after grooving, in order to prevent the clamping of the knife, the upper die angle is preferably controlled at about 84°.

As a new processing technology in the bending process, the planing process is the result of market selection. With the continuous development of process technology, enterprises have higher and higher requirements for process personnel. As craftsmen, only by mastering various processing techniques can we produce better

Good products: Only continuous exploration and pursuit of new processes can produce more excellent products. The market competition is not for the weak, and can only be eliminated without innovative breakthroughs.