CNC turret punch in the process of use will produce with material phenomenon (workpiece sheet stuck between the upper and lower turret), serious will occur clamp pull off the sheet or clamp into the sheet so that its bow bending deformation, broken guard and other mechanisms of failure.

The more serious use of the material with the fault, so that the workpiece plate scrapped, partial damage to the machine. Therefore, the system research on the material problem and the formulation of a series of preventive measures is every CNC turret punch manufacturers will attach great importance to the system engineering.

From the mechanical and electrical control of the two aspects of the existence of the material problems. 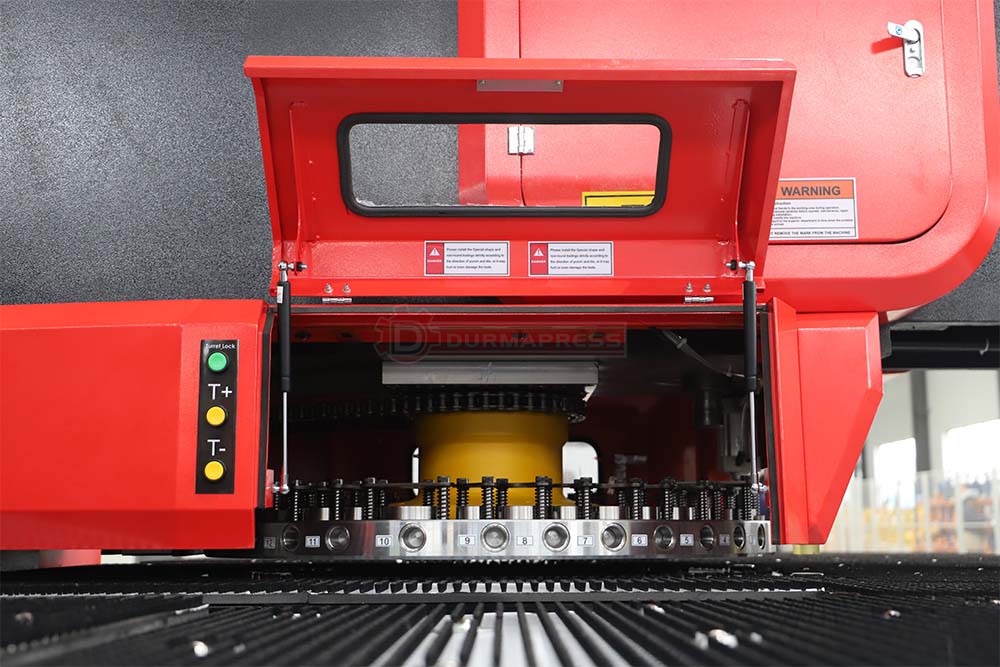 Electrical control punch stamping die movement control and feeding motion control if not coordinated will produce with material, that is, the punch has not made the upper die from the sheet completely off when the feeding mechanism begins to act, thus producing with material.

The problem of electrical control is easier to find and overcome, because if there is a problem with the control program, the machine tool will produce material as long as it works, with repeatability and regularity. It can be solved by adjusting the internal control parameters of the machine properly.

To prevent the adjustment of the control parameters of the material is to ensure that the workpiece sheet metal should be in a relatively static "zero tolerance" range; Until the upper die assembly is completely reset upward after punching, the feeding action of the next position can be entered, to avoid the failure of the belt caused by the feeding system in advance and not completely reset after punching the upper die.

There are many reasons for the mechanical production of material, which can be divided into two categories:

one The pressure spring between the upper die and the pressing sleeve is not enough, so that the upper die can not be removed from the plate in time to reset. The belt material caused by this reason also has repeatability and regularity. This kind of problem needs to be solved by a better quality spring, the spring here needs good material, moderate stiffness, can achieve a higher service life. 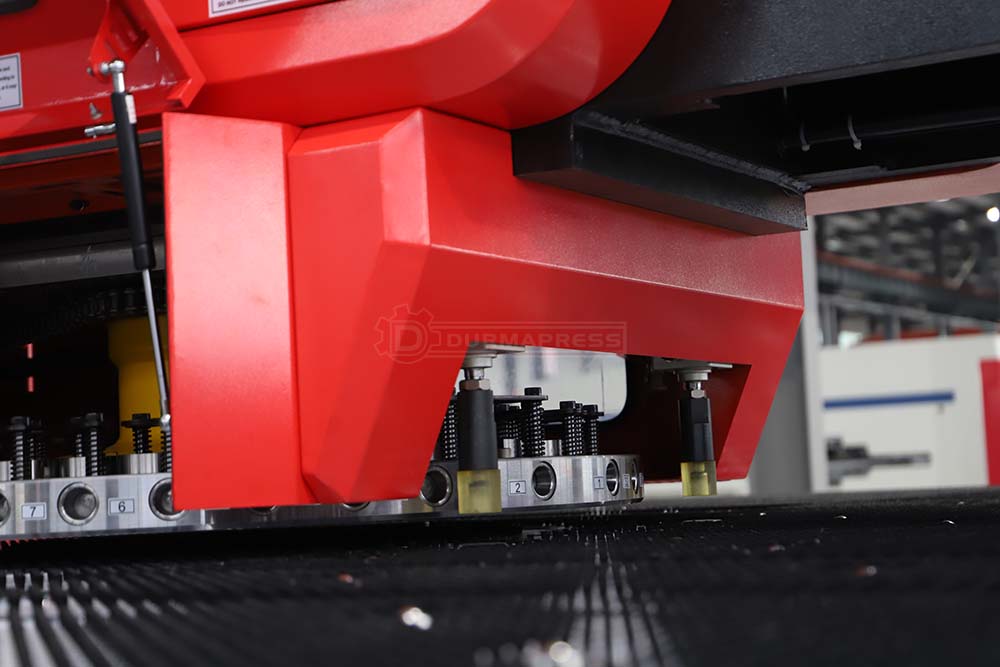 two Is the material generated by the rebound of waste: that is, when the machine tool is punched, the waste should fall close to the rebound of the upper die, half of the card in the sheet, half of the card in the lower die or the upper die of the pressure sleeve produced by the belt. The belt material caused by this reason has no obvious law, easy to produce a variety of misunderstandings, false theory.

The rebound of the waste, even falling on the edge of the lower die is very harmful. This will make the next punch to the double sheet (leading to the rapid collapse of the cutting edge of the die), or although not rushed to the waste may also be the workpiece sheet mat deformation. Stuck scrap (either in the lower die or in the upper die) stuck between the plate and the die like a pin can cause a strip accident in which the clamp pulls out or bumps. Cut every other hole first, and then return to cut the remaining holes. Although this will also produce stress, but it alleviates the stress accumulation in the same direction when the order of stamping, will also make the stress of the two groups of holes offset each other, so as to prevent the deformation of the sheet.

Try to avoid cutting narrow strip. When the CNC turret punch die is used to cut the width of the sheet less than the thickness of the sheet, it will bend the punch due to the action of the lateral force, so that the gap on one side is too small or worse wear, serious will scratch the lower die, so that the upper and lower die at the same time damage.

Do not step punching the width of the narrow sheet less than 2.5 times the thickness of the sheet. When too narrow a strip is cut, the sheet tends to bend into the opening of the lower die, rather than being cut completely, or even wedges into the side of the die. If the above situation cannot be avoided, use a return plate, a fully guided die supporting the punch head of CNC turret punch.