Femtosecond laser is a manufacturer of fiber-coupled, portable, portable or workstation laser cleaning equipment. We offer low power harness washers as small as 20 watts, up to 1000 watts and workstation or customized cleaning systems to meet your application needs. 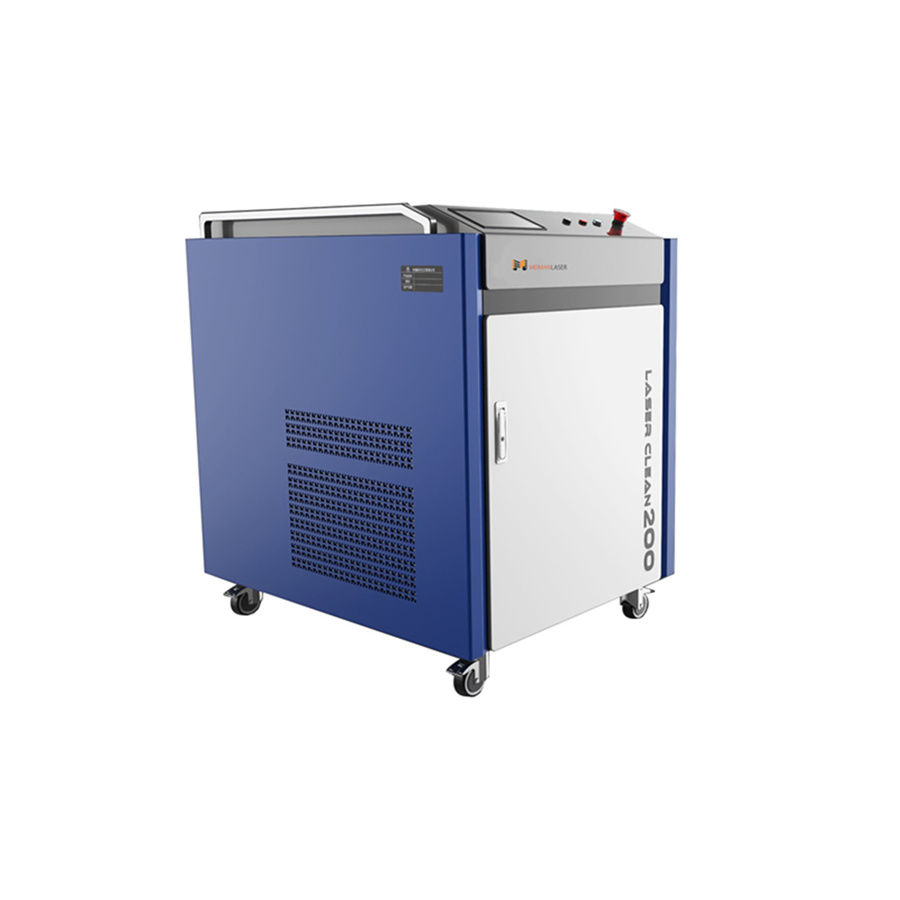 I. Principle of laser equipment

Lasers are characterized by high directivity, monochromaticity, coherence and brightness. Through the lens of the focus and Q switch, can

To concentrate energy on a small space and time scale. In laser cleaning treatment, the following characteristics of laser are mainly used:

1) Laser can achieve high concentration of energy in time and space. A focused laser beam can produce thousands near the focus

Degrees or even tens of thousands of degrees of high temperature, make the dirt instant evaporation, gasification or decomposition.

2) the divergence Angle of the laser beam is small, good direction, through the light concentrating system can make the laser beam gathered into different diameters of light spot. Under the condition of the same laser energy, controlling the laser beam spot with different diameters can adjust the energy density of the laser, so that the dirt is heated and expanded. When the expansion force of dirt is greater than the adsorption force of dirt on matrix, dirt will be separated from the surface of the object.

3) The laser beam can produce ultrasonic waves on the solid surface to produce mechanical resonance, so that the dirt is broken off. Laser cleaning 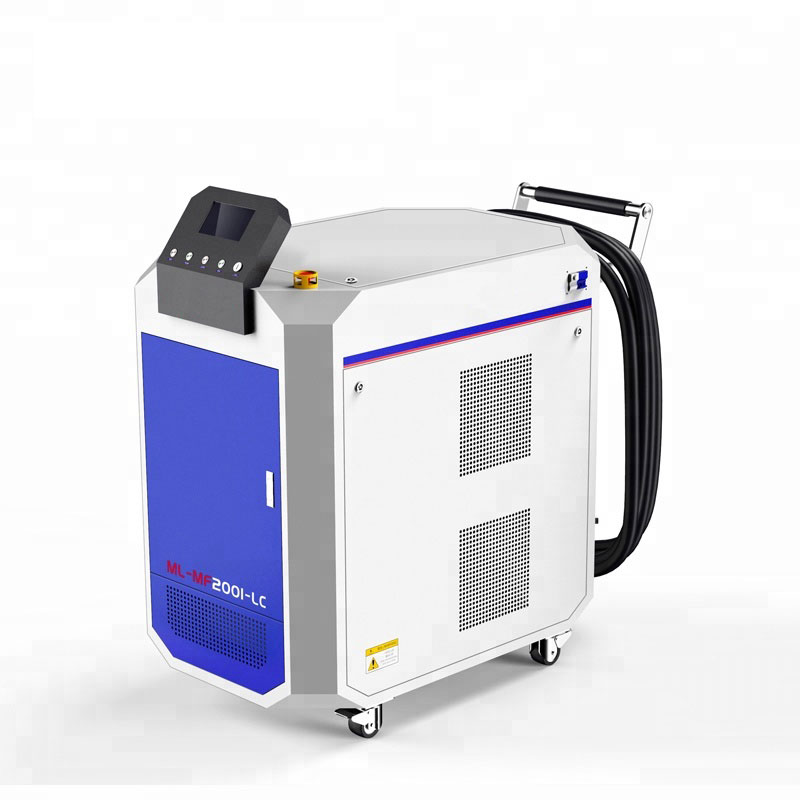 Technology is to use the characteristics of the laser to achieve the purpose of cleaning. According to the optical characteristics of the substrate material to be cleaned and the dirt to be removed, the laser cleaning mechanism can be divided into two categories: one is the use of the substrate (also known as the matrix) and surface attachment (dirt) to a certain wavelength of laser energy absorption coefficient has a great difference. Most of the laser energy radiated to the surface is absorbed by the surface attachment, so as to be heated or vaporized, or expanded instantly, and driven by the airflow formed, it is separated from the surface of the object to achieve the purpose of cleaning. The substrate will not be damaged due to the low absorption of laser energy at this wavelength. For this kind of laser cleaning, choosing the right wavelength and controlling the laser energy is the key to realize the safe cleaning. Another type of cleaning method is suitable for cleaning the substrate and the surface adhesion of the laser energy absorption coefficient is not different, or the substrate is sensitive to the acid vapor formed by the coating heat, or the coating heat will produce toxic substances, and so on. This method usually uses a pulsed laser with high power and high repetition rate to shock the cleaned surface and convert part of the beam into sound waves. When the sound waves hit the hard surface of the lower layer, the returning part interferes with the incident sound waves generated by the laser, resulting in high-energy waves that cause a small explosion of the coating. The coating is pressed into powder and then removed by the vacuum pump, but the underlying substrate is not damaged. 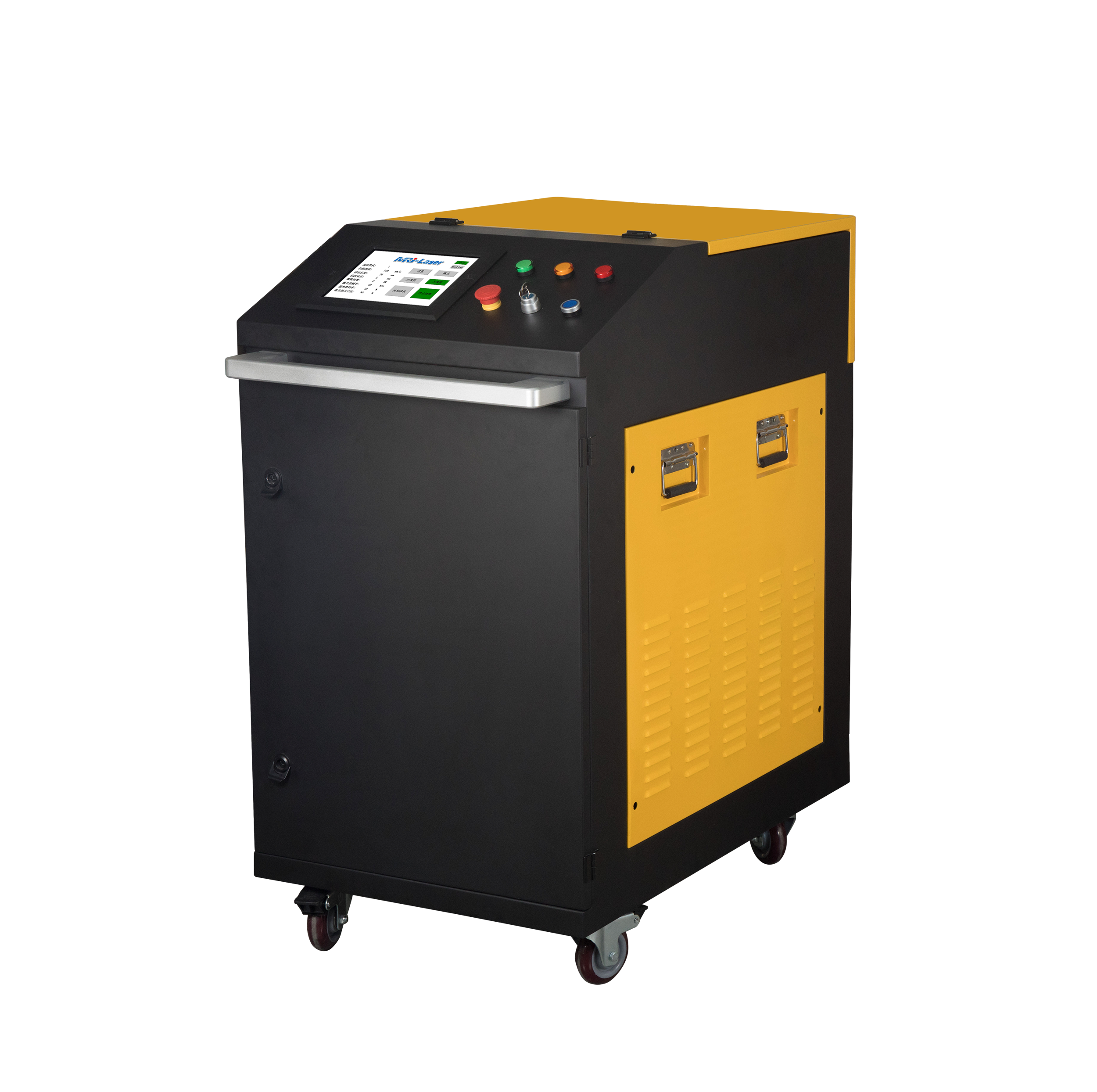 From the analysis of methods, there are 4 kinds of laser cleaning methods:

3 laser + inert gas method, that is, at the same time of laser radiation, the inert gas is blown to the surface of the matrix, when the dirt is stripped from the surface, it will be immediately blown from the surface by the gas, in order to avoid surface pollution and oxidation;

Use laser to loosen the dirt, and then use non-corrosive chemical method to clean the rubber mold laser cleaning machine