It is to use people's senses to pay attention to the various external phenomena when the failure occurs (or after the failure occurs) and judge the possible parts of the failure. This is the first entry point to deal with CNC system failure, often is the most direct, the most effective method, for the general "simple" fault through this direct observation, can solve the problem. At the scene of the faults, by observing the failure (or failure) whether there is a sound, a spark of light, where they come from, where appeared anxious burnt flavour, where heat anomaly, where there are abnormal vibration, etc., can be the main part of the judgment fault, then further observation may be down each circuit board, or a variety of electronic components (relay, thermal relay, Circuit breakers, etc.), such as whether there are scorched, smoky areas or components, or broken lines, to further narrow the scope of inspection. In addition, check whether the system has any loose cable connection, disconnect, poor contact is also the first thing to think of when dealing with CNC system failure.

This is the most basic, simple, and common method. This method is suitable for both advanced systems with fault alarm display and early systems without fault alarm display. Using this method, it is most commonly used to deal with some electrical short circuit, circuit break, overload, etc. Using this method is simple, but it requires a certain amount of experience. In the maintenance process of turret punch, develop a meticulous and rigorous working attitude, good at finding and solving problems. Often an anomaly is the crux of the matter. 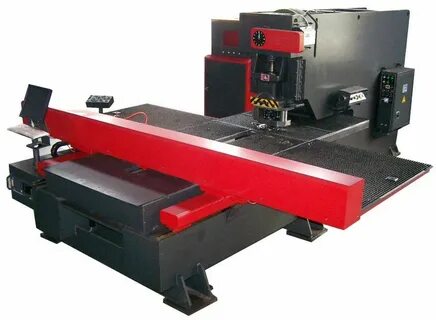 In order to improve the maintainability of the system, there are many hardware alarm indicating devices in the modern NUMERICAL control system, such as on the NC motherboard, each axis control board, power supply unit, spindle servo drive module, each axis servo drive unit and other components are led or multi-section digital tube, through the indicator light on and off, The display status of the nibble tube (such as numbers, symbols, etc.) indicates the location and type of the fault to the maintenance personnel. Therefore, in the process of dealing with CNC system fault, if the intuitive method won't work, that is, from appearance, it is difficult to judge the problem, or a CRT screen can't light up (power supply module has a failure), we can look through the above alarm device, observe whether alarm indication, then according to the instructions refer to random instruction, in accordance with the instructions to handle failure.

This method is particularly effective for all kinds of general numerical control systems, such as FANUC, Mitsubishi and Siemens systems, due to their relatively perfect system design, which has fully considered the most common possible failure forms in the system and built in more hardware alarm devices. This method, however, assumes that detailed alarm instructions are at hand. 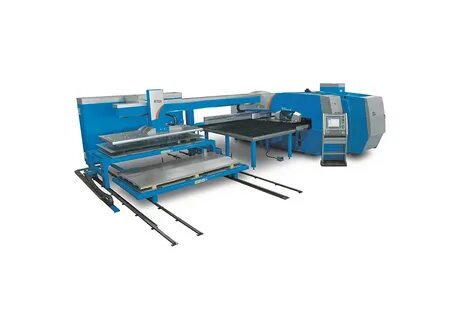 3. Make full use of the software alarm function of digital tower punch system

Today, CNC systems are self-diagnosing. When the system is working, it can diagnose the system quickly with self-diagnosis program. Once the fault is detected, the fault will be immediately displayed on the CRT in the way of alarm or light up the alarm indicator on the panel. And this self-diagnosis function can also classify the fault alarm. Such as ① misoperation alarm ② related servo system alarm; (3) set the wrong alarm (4) all kinds of travel switch alarm and so on, maintenance, according to the alarm content tips to find the crux of the problem. However, this method also assumes that detailed alarm instructions are at hand.

Modern NUMERICAL control systems can not only display fault diagnosis information, as described in Method 3, but also provide various diagnosis states in the form of diagnosis address and diagnosis data. In the case of FANUC system, the system provides an indication of the interface I/O signal status between the system and the machine tool, or between the PC and the CNC device. The "D" parameter of the I/O signal state of the interface between THE PC and the machine tool, that is, the state display of the CRT screen (usually the binary byte "0" and "1" indication) can be used to check whether the NC system will input the signal to the machine tool; Or the machine side of a variety of main switch, travel switch trigger switch signal according to the requirements of the correct input to the NUMERICAL control system. In summary, by listing the above states, it is possible to distinguish whether the fault is on one side of the machine tool or on the other side of the CNC system, so that the fault can be locked to a particular component and the problem can be solved.

All this benefits from the system to provide a perfect state display function, the use of this method, for the diagnosis of complex mechanism failure such as tool change mechanism plays a great role. It is also one of the basic methods of fault diagnosis in the maintenance of turret punch. However, the premise is that the system provides the status display function.

5. In case of failure, the numerical control system parameters should be checked in time

The change of system parameters will directly affect the performance of machine tools, and even make machine tools malfunction, the whole machine can not work normally. Although the reliability of the numerical control system has been considered in the design and manufacture of the system, it is impossible to eliminate all external disturbances, which may cause the change of individual parameters in the memory. At the same time, it is also possible to change the system parameters due to human misoperation, which the author has encountered in his work. Therefore, in the process of fault diagnosis, if the problem still cannot be solved after trying the above methods, we can check the system parameters to see whether the parameter change is caused, and this kind of fault is our "soft" fault.