A, the principle of laser cutting machine

A laser is a type of light that, like other natural light, is produced by the transition of atoms (molecules or ions, etc.). However, it differs from ordinary light in that the laser only depends on spontaneous radiation for a very short period of time, and then the process is completely determined by excitation radiation. Therefore, the laser has very pure color, almost no direction of divergence, very high luminous intensity and high coherence.

Laser cutting is achieved by using the high power density energy generated after laser focusing. And controlled by computer, through the pulse laser discharge, thus the output controlled repeated high frequency pulse laser, the formation of a certain frequency, pulse width of the beam, the pulse laser beam through the light path transmission and reflection and through the focusing lens group focused on the machining surface, forming a subtle, high energy density, intensity, focal spot near to processing surface, To melt or vaporize the processed material at an instantaneous high temperature. Every high energy laser pulse instantly sputtered out a small hole on the surface of the object, under the control of the computer, laser processing head and be processed material according to the pre-drawn graphics continuous relative movement dot, so that the object will be processed into the desired shape. 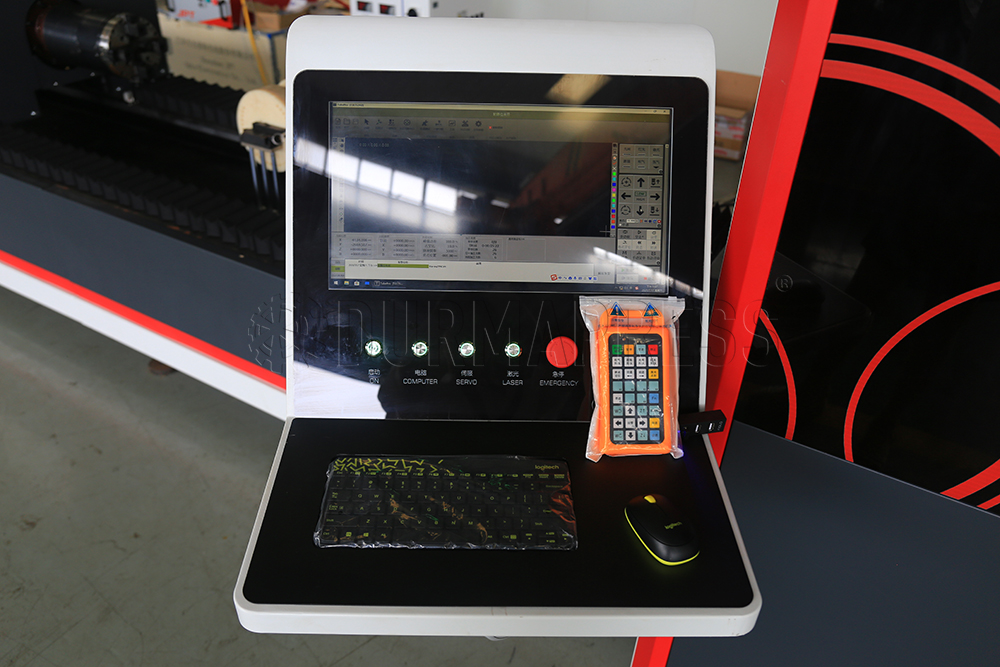 The process parameters (cutting speed, laser power, gas pressure, etc.) and the movement trajectory are controlled by the NUMERICAL control system, and the slag at the slit is blown off by the auxiliary gas of a certain pressure.

In order to prevent material vapor condensation to the slit wall, the thickness of the material must not greatly exceed the diameter of the laser beam. The process is therefore only suitable for use where removal of molten material must be avoided. This process is actually only used in very small areas of use for iron - based alloys.

The process cannot be used for materials, such as wood and some ceramics, that do not have a melting state and are unlikely to allow the material vapor to re-condense. In addition, these materials usually achieve a thicker incision. In laser gasification cutting, the optimal beam focusing depends on the material thickness and beam quality. Laser power and heat of gasification have only a certain effect on the optimal focus position. The maximum cutting speed is inversely proportional to the gasification temperature of the material when the thickness of the plate is constant. The required laser power density is greater than 108W/cm2 and depends on the material, cutting depth, and beam focus position. The maximum cutting speed is limited by the velocity of gas jet when the thickness of plate is constant, assuming sufficient laser power.

A laser beam coupled with a high purity inert cutting gas pushes the molten material away from the slit, and the gas itself is not involved in cutting. Laser melting cutting can achieve higher cutting speed than gasification cutting. The energy required to vaporize is usually higher than that required to melt the material. In laser fusion cutting, only part of the laser beam is absorbed. The maximum cutting speed increases with the increase of laser power and decreases almost inversely with the increase of plate thickness and material melting temperature. In the case of a certain laser power, the limiting factors are the air pressure at the slit and the thermal conductivity of the material. Laser melting cutting for iron materials and titanium metal can be obtained without oxidation incision. The laser power density that produces melting but not gasification is between 104W/cm2 and 105 W/cm2 for steel materials. 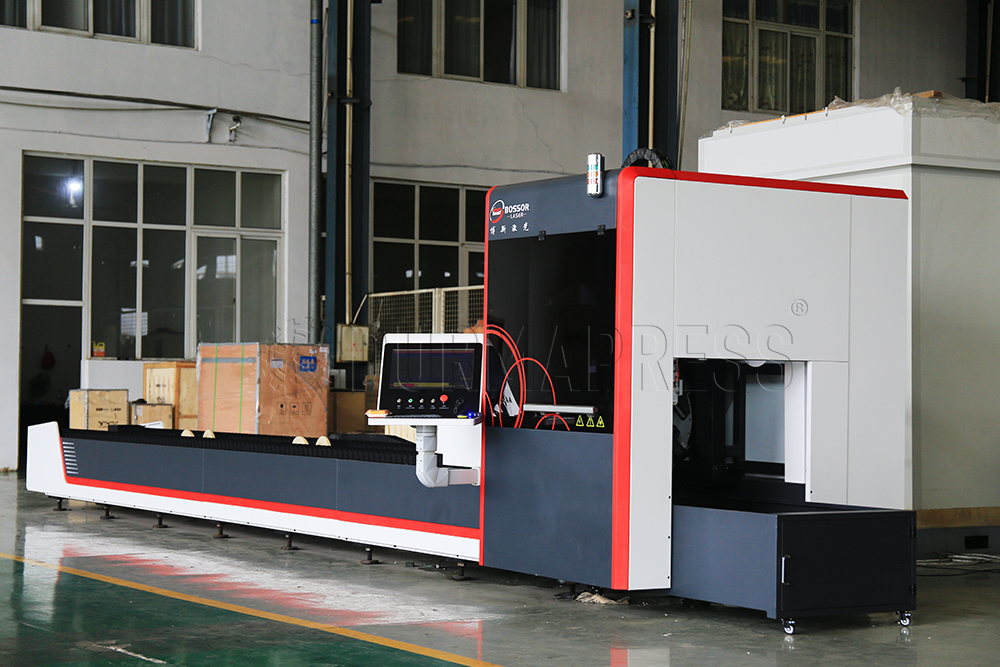 Melting cutting is generally used inert gas, if replaced by oxygen or other active gas, the material is ignited under the irradiation of the laser beam, and the oxygen produces a fierce chemical reaction and another heat source, so that the material is further heated, known as oxidation melting cutting.

Due to this effect, for structural steels of the same thickness, the cutting rate obtained by this method is higher than that obtained by fusion cutting. On the other hand, this method may have a poorer incision quality than melt cutting. It actually produces wider slits, marked roughness, increased heat-affected zones, and poorer edge quality. Laser flame cutting is not good for precision modeling and sharp corners (risk of burning sharp corners). The thermal effect can be limited by using a pulsed laser. The power of the laser determines the cutting speed. In the case of a certain laser power, the limiting factors are the oxygen supply and the thermal conductivity of the material.

For brittle materials that are easy to be damaged by heat, high speed and controllable cutting is carried out by laser beam heating, which is called controlled fracture cutting. The main content of this cutting process is that the laser beam heats the small area of brittle material, causing large thermal gradient and serious mechanical deformation in the area, leading to the formation of cracks in the material. The laser beam can guide cracks in any desired direction as long as an even heating gradient is maintained.