Where to adjust the pressure of 250T2500 E21 CNC bending machine

For some parts with stable orders and large batches in the sample stage of the product, the process capability analysis is carried out in advance by classification one by one.The parts with complex structure that need to be formed by a variety of die structures, long processing hours, affecting the subsequent production rhythm and normal processing structure are reasonably classified.Through the preliminary structure screening and mold reasonable collocation carding optimization, to clear the obstacles for the mass production stage. 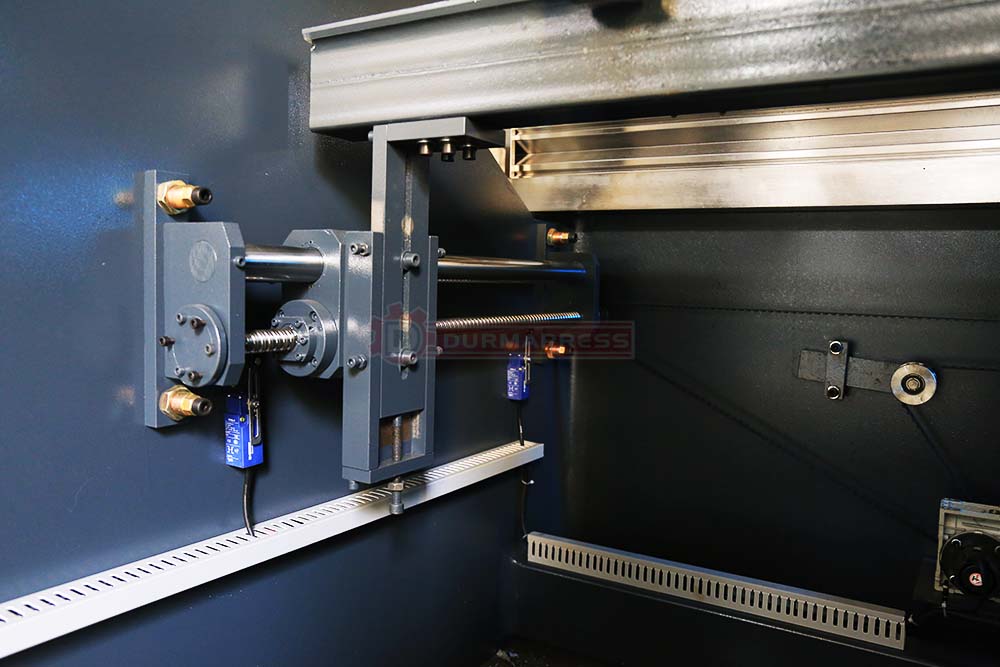 Where to adjust the pressure of CNC bending machine?

1. Adjustment of the slider of the hydraulic bending machine for slow motion: when the slider goes down, the collision block "I" touches the Zhi travel switch to make the slider for slow motion, and the length of the slow travel time is adjusted by the adjustable potentiometer.

2. Hydraulic bending machine adjustment of the upper limit value of the slider: regulate the location of collision block Ⅱ, can make the rise of the slider stays in the top dead center position, which can shorten the stroke interval, reduce the cycle time of work, the consumption rate and progress.

3. Adjustment of the clearance between the hydraulic bending machine and the lower die (the slider must stop at the upper dead point)

A. Operate the button on the lower right button box of the worktable in the direction indicated by the sign. The initial adjustment gap should be greater than the thickness of the plate, and the gap should be trimmed according to the size of the Angle of the folded workpiece.The handwheel can also be used to stop the micro-adjustment, and the adjustment value is displayed by the calculator for each increment or subtraction of a single digit of 0.1mm(0.1mm/ revolution).

B, if the two ends of the workpiece Angle is not different, you can loosen the spending nail, move the connecting rod left, take off the left and right rotation of the connection, into the hand wheel (up or down) to change the end of the mechanical limit interval, to the purpose of micro-adjustment of the workpiece end Angle.Note: after the adjustment, the set of 18 restorations, tighten the nail, otherwise there will be mechanical accident.

C, if the artifact differences on both ends of the Angle, Angle (big or small) no differences, which can make the upper die fine-tuning the installation, use of fine-tuning, the upper die is close to the mold cavity, slightly loosen the middle upper die template and adjust the screw on the block, (the above mode does not fall as the criterion) and the adjustment of the upper middle inclined slightly off (left or right).In the center of the middle Angle is small, make the upper die protruding right amount, tighten the nail, try folding, until the full length of the workpiece Angle reaches the allowable value. 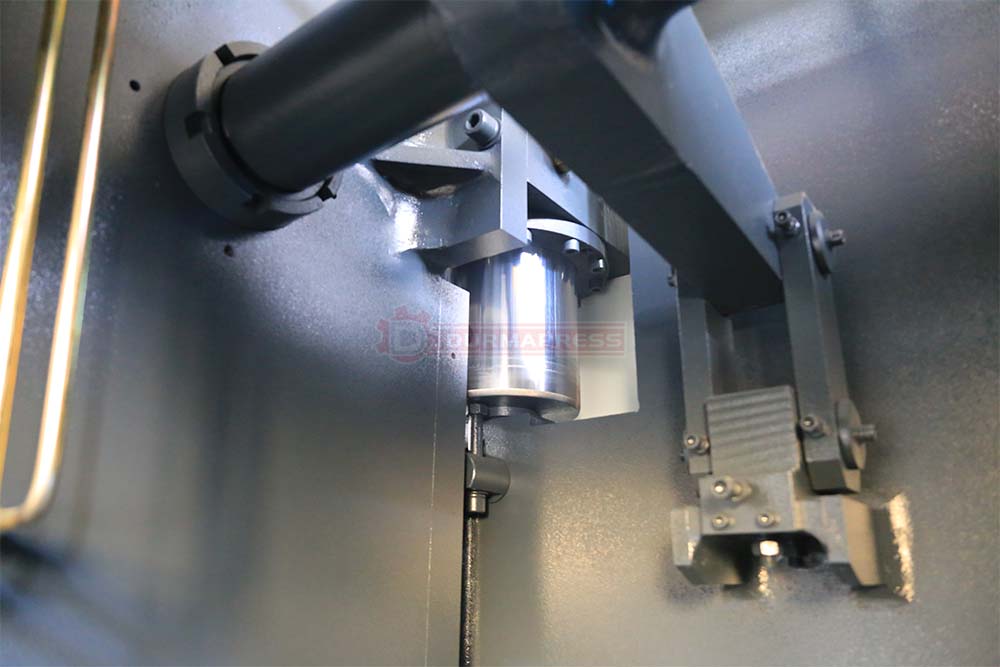 6. Hydraulic bending machine foot switch can make the slide block to do up or down movement, heavy operation.

(1) Slider part: hydraulic transmission, the slider part is composed of slider, cylinder and mechanical stopper fine-tuning structure.The left and right oil cylinders are fixed on the frame, and the piston (rod) drives the slider to move up and down through hydraulic pressure. The mechanical block is controlled and adjusted by the numerical control system.

(2) the work table part: by the button box operation, the motor drive the block frame forward and backward movement, and by the numerical control system to control the distance of movement, the minimum reading is 0.01 mm (before and after the position have travel switch limit). 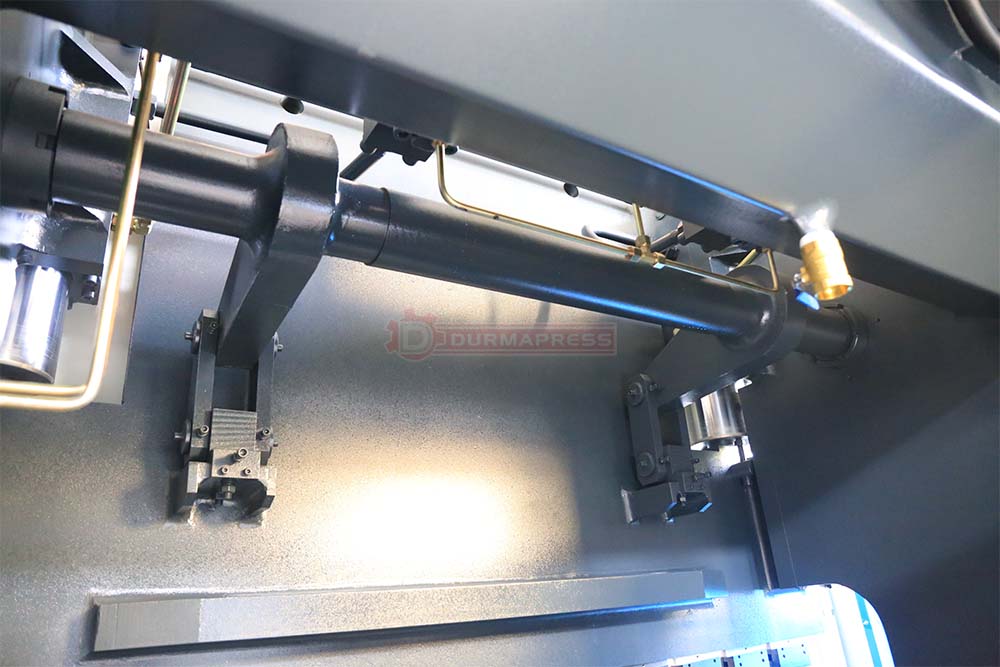