Why the Machine for Sheet Metal Bending Is Been Called Press Brake?

Nowadays, when people talking about press brake, they mainly refer to the hydraulic bending machine for sheet metal bending.

However, do you know why such a bending machine is been called“press brake"?

This question also confused me for quite a long period of time. Sometimes even wondering does this term really right to define the hydraulic bending machine.

After doing some homework, now | finally know why it's been called "press

Please note that the term“press break" is completely wrong cause nothing is broken or shattered. Let's dive into it.

We all know the word "brake" means to slow or stop upon being brakes in current time. Do you know what does it means in 1 5th century. Actually, at that time it is defined as“an instrument for crushing or pounding". Derived over time the term“brake" became synonymous with "machine" which is  used to crush grain.

Therefore, when people want to express "press machine", they always use the simplest term“press brake".

In Old English, the verb "brake" was brecan, and in Middle English it was broken. Later on, the "brecan" evolved to "break", meaning to divide solid objects into parts violently, or to destroy. That's why the two terms "brake" and "break" are closely related.

The Middle English verb "breken", or "break" used in modern sheet metal bending means to bend, change direction or deflect. Even the light beam can be "break" by using a mirror.

Now we know the verb“brake" refers to a machine that bends.

When you read here, you must be wondering why to put“press" into the term“press brake".

Around 13th century,“presse" was used as a noun which means "to crush or to crowd". By the later 14th century,‘'press" means“a device for pressing clothes or for squeezing juice from grapes and olives".

And later on "press" evolved to mean“a machine that applies force by squeezing" .

According to different power that actuates the machine, different tools are used to realize the bend action, different types of the bends that produced by the machine, you can get a variety of different names for the sheet metal bending machine.

The leaf brake is using an upward-swing leaf to bend.

Box brake (pan brake, or finger brake) to form boxes or pans by means of forming sheet metal around segmented fingers attached to the upper jaw of the machine.

Press brake performs the bending by punches and dies. 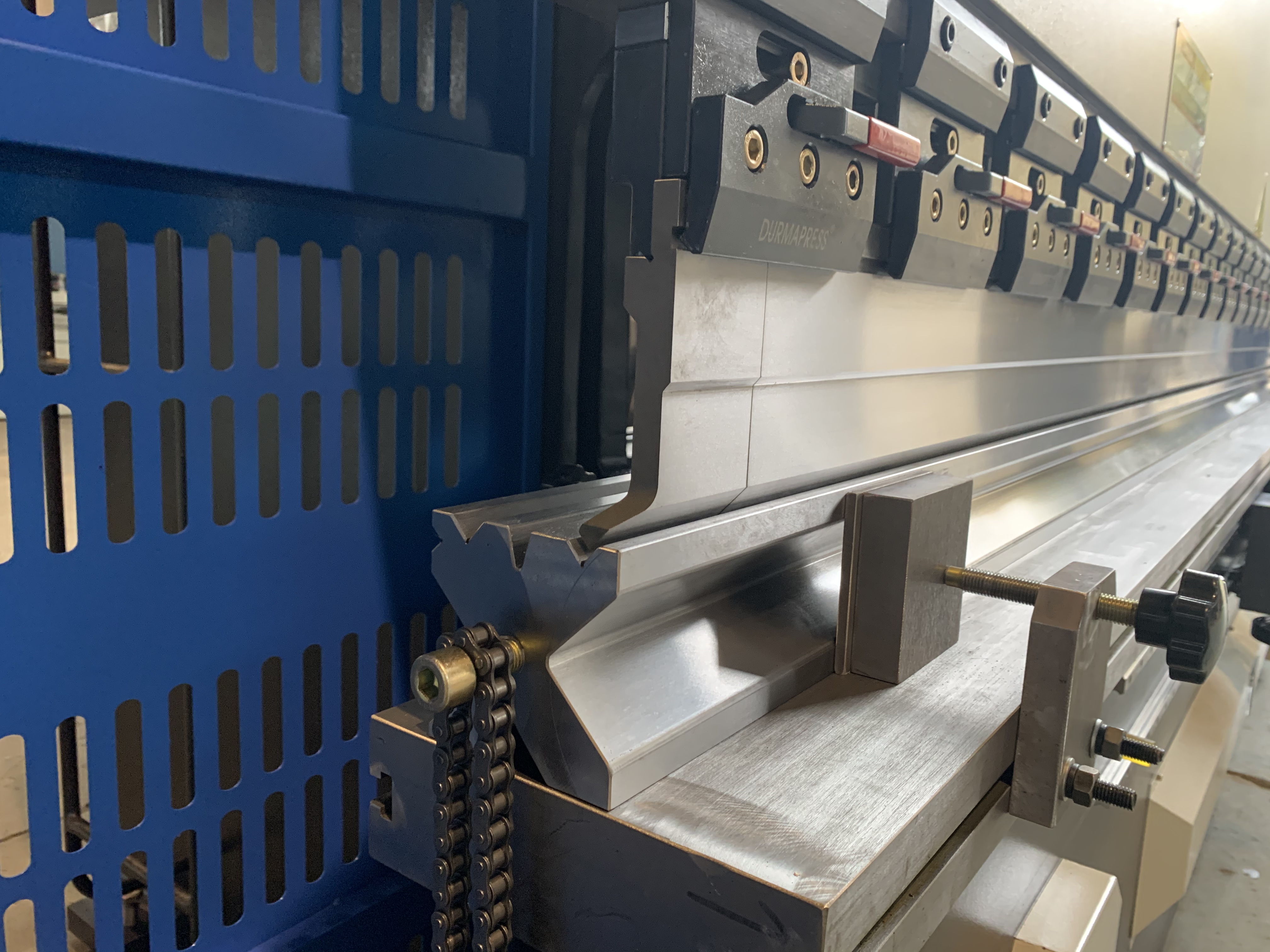 No matter what it's been called, the "press brake" still refer to the machine for bending.